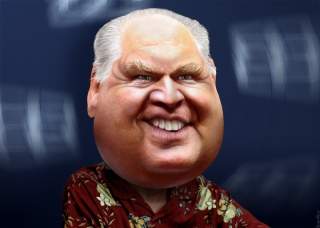 RedState, in a blistering editorial took Rush Limbaugh, once a darling of conservatives to task for his role in propping up Donald Trump’s candidacy and now furthering Trump’s charges that Ted Cruz’ father conspired to kill JFK.

Limbaugh had high praise for Cruz early in the campaign until he became a threat to Trump. His compliments of Cruz became more veiled and his support of Trump became more overt, driving listeners — and sponsors — from Rush’s radio program.

We have listened with dismay to Limbaugh’s radio show via iHeartRadio on stations where top and bottom of the hour local availabilities run Limbaugh’s legendary parody commercials instead of paid advertising. If he continues his all out assault on Ted Cruz and conservatives, he may have to re-tool himself as a Neo-Nazi in order to maintain a base of listeners.

Susan Wright, in her comments about the once conservative talker referred to his take on Trump as “quivering adoration”. And that’s not all…

Limbaugh isn’t even trying to hold to principle. As we saw during the Cleveland convention, there is no honor left within the Republican party apparatus. There are few to no real conservative pundits, as most of those who were once thought reliably conservative have abandoned it all at the Altar of Cheeto.

The rapid decline of the Republican Party has had it’s impact on the conservative movement. It appears, if Trump wanted to invade the camp and set us about the destructive act of ideological cannibalism, he’s succeeded. As Trump would say from his Tower of Tweets, “BAD!”